The famous Japanese medical scientist, Professor Hiromi Shingu of the Albert Einstein College of Medicine in the United States pointed out that the cultivation of chemical fertilizers and pesticides (that is, the adoption of the so-called conventional farming method) can reduce natural pests, make crops grow rapidly, and obtain economic benefits. . However, the long-term use of chemical fertilizers and pesticides (including insecticides, antibacterial chemicals and herbicides) will destroy the natural ecosystem, eventually making the soil extremely barren, and the microorganisms and other organisms (such as earthworms) in the soil will also will almost die out due to the continued use of pesticides. So the soil loses its inherent vitality and nutrients, so farmers have to rely on chemical fertilizers for a long time to grow plants.

However, the vegetables grown by chemical fertilizers seem to have the same appearance or even become stronger, but they have lost their vitality, making them shapeless crops with low nutritional value. Hiromi Shinya pointed out that because of the different planting methods, the nutrients of ordinary Japanese vegetables are only one-fifth of those of American vegetables (http://www.epochtimes.com/b5/18/3/27/n10253441.htm).

In addition, when the insects stay on the vegetables, the vegetables will automatically secrete special enzymes, absorb the "chitin" substance from the insects, and then become the nutrients of the vegetables themselves. This is the wisdom of nature, allowing insects and plants to interact with each other and coexist in symbiosis. But all of this was cut off by the traditional farming method of "pesticide + chemical fertilizer + herbicide", and vegetables lost many natural nutrients that they should have naturally. Not only that, pesticides drive away insects, and their toxins naturally enter the soil and vegetables, which will harm the human body and destroy the nutrient and microbial environment of the land, resulting in poor soil. Moreover, no matter how cautiously people use pesticides, or think that “after a certain period of time, fruits and vegetables are safe to eat”, it is only because the human body can cope with these tiny amounts of drugs, and there will be no serious poisoning crisis immediately. But after years of consumption, will the body become cancerous? Just look at today's high cancer rate and fatality rate, and we can know the answer by ourselves (http://www.epochtimes.com/b5/18/3/27/n10253441.htm) .

According to Hiromi Shingu's point of view, if high mountain tea adopts the conventional agricultural method of "pesticide + chemical fertilizer + herbicide", it will also face the above serious problems. In view of this, Liu Chongpei, the two bosses of the master, has always insisted on using natural farming methods and organic farming methods, and applying some natural materials (such as: garlic emulsified oil, pepper water, wood vinegar, etc.) can also achieve the same effect of insect control and bacteria control, but There will be no disadvantages of habitual farming. In addition, the two also insisted on not using herbicides. The natural farming method and the organic farming method of Lao Ye Liang’s tea garden, the weed problem is to use manpower supplemented by machines to weed, or to use “grass cultivation”, choose to have: shallow root, high coverage, shade tolerance, drought tolerance, cold tolerance, trampling tolerance Grass seeds with other characteristics and will not become the breeding source of pests and diseases in tea gardens to cover other areas other than tea trees.

Using natural farming methods and organic farming methods will not destroy the soil microbial phase and earthworm ecology, the soil will be healthy and balanced, and the microorganisms that are beneficial to the soil will assist in the conversion of organic matter into fertilizer, and will also perform complex natural biochemical effects to improve the tea garden soil. Let, create natural nutrients and a good environment for the growth of tea trees. For example, some agricultural science and technology literatures point out that the beneficial microorganisms in the soil make a huge contribution to the creation of a good soil environment for plant growth, including: (1) Decomposition of soil organic matter into water-soluble nutrients that plants can absorb (2) To promote soil agglomeration to improve soil, and to loosen soil and increase soil voids by exhausting gas; (3) Through antagonism, pathogenic bacteria in plants can be reduced, and plants are less susceptible to diseases; (4) Through The role of nitrogen-fixing bacteria allows plants to absorb nitrogen fertilizer and grow; (5) solve soil hardening and increase phosphate fertilizer; (6) soil microbiota can absorb toxins such as hydrogen sulfide and ammonia in the soil, and can also convert them into useful fertilizer (https://scitechvista.nat.gov.tw/c/2sVS.htm). In addition, in healthy soil, there are often earthworms that automatically loosen the soil for a long time. The manure produced by earthworms after eating rotten leaves is also the best organic fertilizer, and finally the "nutrient density" of tea can be higher.

When it comes to the issue of nutrient density, it is necessary to quote Chen Junxu, chairman of the Taiwan National Health Promotion Association (Bachelor of Rehabilitation Medicine, National Taiwan University, Doctor of Natural Medicine, Bastille University, USA). , which states:

Based on the opinions of Professor Hiromi Shingu and Dr. Junxu Chen, if you want to drink tea with high quality, high nutrient density and good taste, of course, you must first choose tea.Taiwanese alpine tea grown in natural or organic farming methods.

Inspiration from the legendary Japanese apple

Japanese farmer Kimura Akimura insists on using the "Natural Farming Law" to cultivate apples without pesticides, fertilizers and herbicides, in order to restore the health of the natural ecosystem. After years of hard work and practice, the legendary apple was finally planted. There is a high-end western restaurant in Shiroganetai, Tokyo, Japan. The business is so good that it takes at least half a year to make an appointment for a meal, because the restaurant's signature dish is "Mr. Kimura's Apple Soup". When a guest described the apples Kimura planted with the "Natural Farming Method", he said: "After taking a bite, the cells of the whole body feel the joy of having eaten something good, and there is a feeling of returning to the mother's arms." In December 2006, Japan's NHK produced the "Expert's Style" program, which reported that Kimura Aki's unique way of planting apple trees with "Natural Farming Law" caused an unprecedented response, and it was replayed more than 100 times at the request of the audience (http://www.epochtimes.com/b5/17/9/11/n9618830.htm).

Although the process of planting alpine tea using natural and organic farming methods is difficult (especially in the early stage of transitioning from conventional farming methods to natural farming methods, the process of restoring the soil to health is the most difficult), but just like the story of Japanese farmer Kimura Akunori, the tea tree will eventually produce Produce high-quality high-mountain tea to repay the efforts of tea farmers. This is the same as the saying in "Tao Te Ching" that "the way of heaven has no relatives, and there are always good people". As long as the tea farmers treat the land and tea trees sincerely and kindly, nature (the way of heaven) will give the tea farmers high-quality tea that is beneficial to human health. in return.

There are quite a lot of literatures or reports on the health benefits of tea on the Internet, and planting alpine tea with natural and organic farming methods is not only beneficial to the ecological environment, but the produced tea is also easier to retain the natural nutritional value of tea. The density is high, so it is beneficial to human health, and the tea soup is not bitter or astringent, and has a good taste. 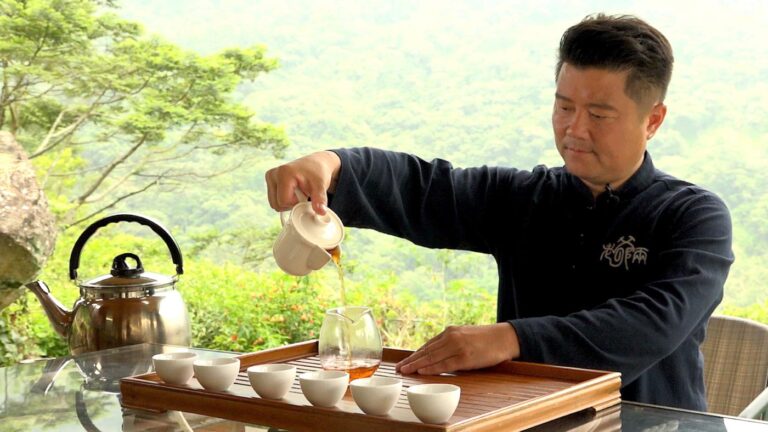 "Master Two" is dedicated to allowing more consumers to truly understand and experience "the artistic conception of drinking tea", so that the purest material and spirit can blend in with each other in the mellow aroma of good tea, and experience the "tea Zen blind taste". realm! In recent years, on the basis of the corporate spirit of "inheriting the virtues of tea and baking with new ideas", Lao Ye Liang has expanded innovative research and development, and continued to develop good teas with various flavors, so that people who like tea can enjoy more different flavors of Lao Ye Liang. good tea. 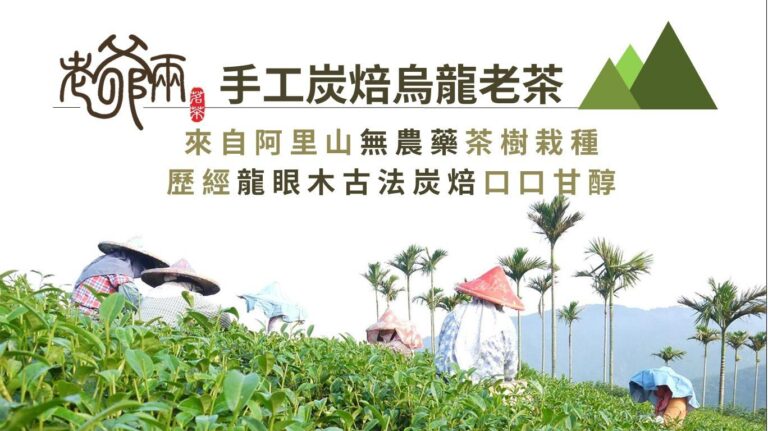 Lao Ye Liang does not use pesticides and fertilizers at all in the tea planting and roasting process, but uses organic matter and organic fertilizers to nourish the land, and imports lactic acid enzymes from Japan to irrigate the land, so that the soil that has been cultivated and acidified for a long time returns to neutrality, so that good tea can be grown. In terms of pest control, if the soil itself is neutral, it contains great… 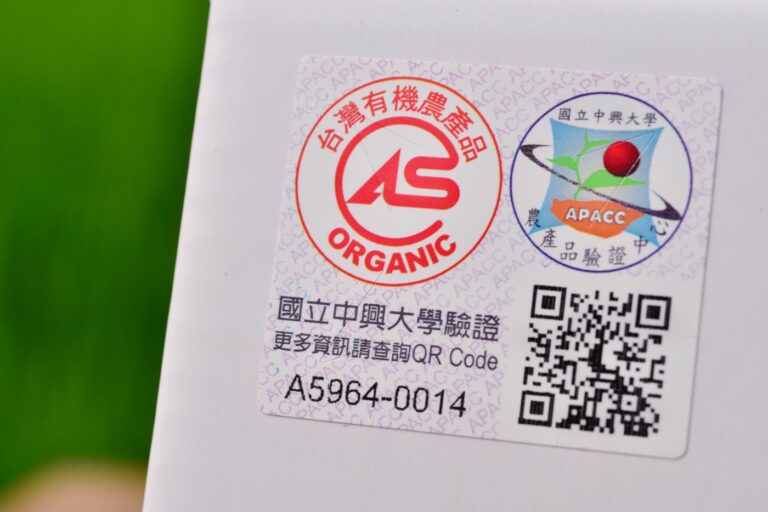 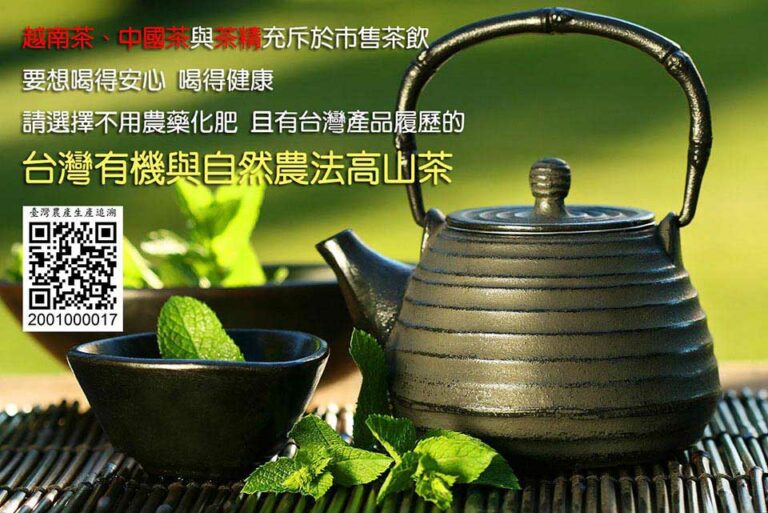 In addition, according to the statistics of the Council of Agriculture, the annual output of local tea in Taiwan is about 10,000 metric tons, while imported tea Tea is about 30,000 metric tons. More than half of the teas on the market… 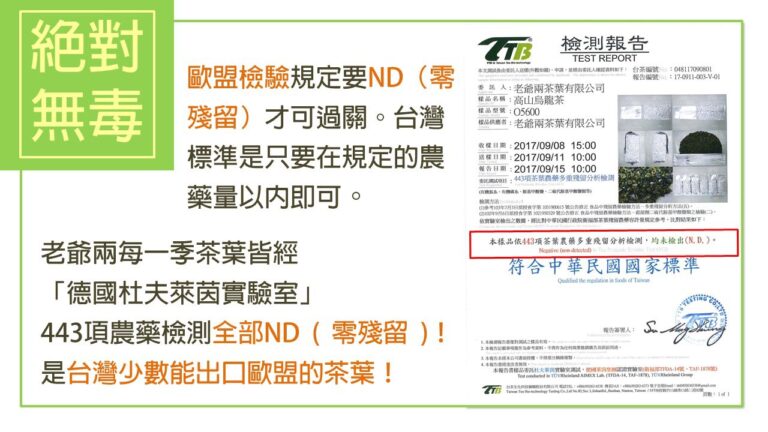 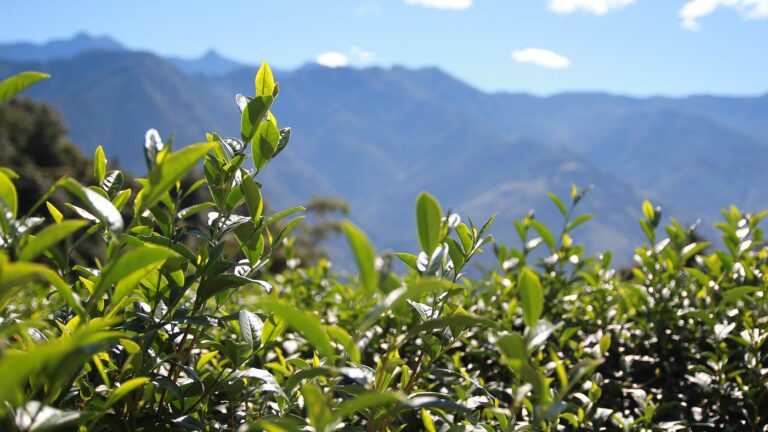